Dawson shooting
You are here: Home > The Right to Choose: Life or Death?

The Right to Choose: Life or Death? 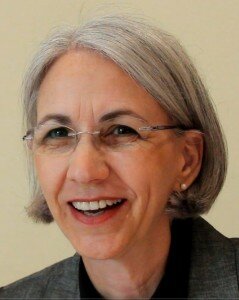 I’ve written two articles now about the right to die and the right to live. The experiences I had taking care of my mother are what inspired me.

I’ve also touched on the controversy surrounding the Liverpool Care Pathway. It’s a care-withdrawal protocol used with terminally ill patients in the UK. At the moment, Canada’s Supreme Court is deciding whether doctors here should have the same rights.

Most of us aren’t against assisted suicide in cases where the person requesting it is of sound mind. In 1993, I remember sympathizing with Sue Rodriguez, a 42 year-old ALS sufferer from Victoria, British Columbia. She took her fight for the legal right to die to the Supreme Court of Canada. She lost twice and in 1994, took her own life with the help of an unnamed physician. I think she should have been allowed to fulfill her final wish, and to do so without endangering the freedom those helping her.

In 2012, Gloria Taylor, also diagnosed with ALS, was granted permission to end her own life. Taylor was granted an exemption to the law, but died of an infection before she could act on it.

Cases like Rodriguez’ and Taylor’s are compelling. They prompt us to question ourselves: what would we do if a disease like ALS found us?

Probably because of my relatively young age, I’ve always been on the liberal side of the assisted suicide issue. Thinking of Sue Rodriguez, I couldn’t imagine myself moving forward, calmly, into the future that awaited her. However, over the last four years, I’ve watched my mother adjust to a significant degree of paralysis and that has given me another perspective. We humans are a fairly adaptable bunch and, fearful though we might be, I suspect most of us are capable of adjusting to the worst.

For example, unlike Rodriguez or Taylor, my mother wanted to live, even with her poor prognosis. In part 1 of this series, “The Right to Die,” I detailed the difficult conversation I had with her, the 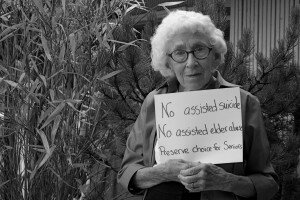 one where I told her what her future held. She was lucid and decisive. “I’m not ready to go” were her exact words; I repeated them verbatim when I asked to have her DNR reversed. The difficulty I had getting doctors to respect this reversal is outlined in Part 2, “The Right to Live.”

The Liverpool Care Pathway got my attention, probably because the controversy around it raises a lot of the same concerns I had when it came to watching the mishaps that befell my mother. She experienced a sequence of misdiagnoses, delays and postponements that were as inexplicable as they were catastrophic. I was dumbfounded by this: she had gangrene, a disease with an obvious symptom and an obvious cause.  The death of one’s flesh is due to a loss of circulation; the only wildcard here is the question of what is causing it. 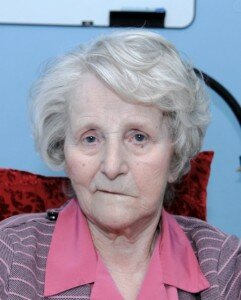 My mother was not treated in a timely way and what started as one serious problem – a gangrenous toe – compounded exponentially. She is now wheelchair-bound and paralyzed everywhere except for her right arm. I was left with the very clear impression she had not been taken seriously by the various doctors she consulted. My conclusion is based on three things: what she reported to me in our daily phone calls; the conversations I had with doctors I had asked to intervene; the stonewalling I encountered after the worst happened. No one was willing to explain exactly what had taken place.

The LCP is raising concerns, not because of its intent, which is to alleviate the suffering of the terminally ill, but because like most drastic solutions, it is not without its problems. Since I was the caregiver for an elderly parent, I’m going to start with what I think are the most obvious:

These issues are not reasons to withhold a treatment like the LCP from everyone. For patients who are discernibly close to death, and who are in extraordinary pain, the LCP is humane if it is what they choose. The problem, of course, is creating a decision-making protocol to protect those most vulnerable to its abuses. The elderly are far more likely to be hastened towards death, as their deaths seem imminent and inevitable anyway.

In conclusion, we need to hold families and doctors accountable when the decision is made to end a life. Mandates for care have to be explicit and difficult conversations have to happen. The LCP pocket guide, the link to which I am providing below, is shamefully vague. As someone who teaches young people, and insists they express themselves clearly, I read this pamphlet with dismay: it is one of the worst examples of weasel-wording I’ve ever seen.

The LCP protocol entails the withdrawal of food, water and medication. Patients are sedated so that they don’t feel these deprivations and their suffering is minimized. Nowhere in this pamphlet are those hard facts made clear. They should be: the terminally ill and their families deserve to know the truth.

I hope the Supreme Court of Canada chooses well. The law may need to change, but piss-poor ideas about transparency have to change too. Just making it easier for doctors to euthanize patients is not the answer.

View all posts by irene →

4 Responses to The Right to Choose: Life or Death?

Find what you’re looking for: